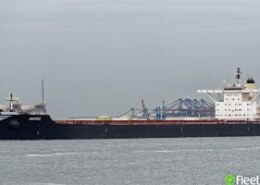 Reports emerged on Apr 18, saying that the crew of Capesize bulk carrier HEROIC encountered multiply health problems, including one death and one medevac, according to ” arxipelagos. gr. ” The bulk carrier arrived at Kaloi Limenes Good Ports Anchorage, southern Crete, in the morning of Apr 18, and was anchored. She arrived from Sokhna port, Egypt, via Suez. While underway in the Mediterranean sea, several crew members reported health problems, understood during Apr 16-17, one crew died, another one, 59-year old Chief Engineer, required immediate medical assistance. He was airlifted by helicopter to a hospital in Rhodes on Apr 17. Understood medevac is confirmed, but no confirmation or clarity yet of another crew death.
Bulk carrier HEROIC, IMO 9510199, dwt 182060, built 2010, flag Greece, manager NEREUS SHIPPING. 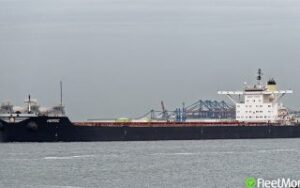